Theory and research on µGC

Abstract In this chapter the theoretical background behind the µGC technology will be discussed, the background of narrow and medium bore columns, micro-injector and micro thermal conductivity detector (µTCD).

GC is a commonly used technique for compositional gas analysis. These measurements generally take place in the laboratory. Analysis times of 10 minutes to one hour is normal.

The advantage of µGC are, besides the reduction in size of the instrument, speed and their detection limits. µGC technology uses narrow to medium bore capillary and micro packed columns. These columns in combination with an appropriate detector results in faster analysis and lower detection limits. This was described by Thijssen et al (7) in 1987 and Cramers et al in 1999 (8). It is an improvement compared to conventional GC techniques. Theory behind this describes (8) that the reduction of the characteristic diameter, being the inside of the column diameter for open tubular columns and the particle size for packed columns, is the best approach to increase the separation speed in gas chromatography (Figure 11). Hydrogen and Helium carrier are the best choice for higher carrier gas velocities. Lowest plate height (HETP) is achieved for N2 in the optimum for the carrier gas velocity but when increasing the carrier velocity through the column Helium and Hydrogen give lower plate heights as can be seen in figure 10. 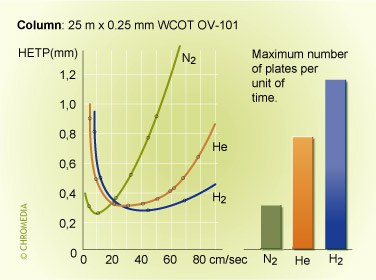 Reduction of the inside column diameter results in a reduction in analyses time as displayed in below figure. 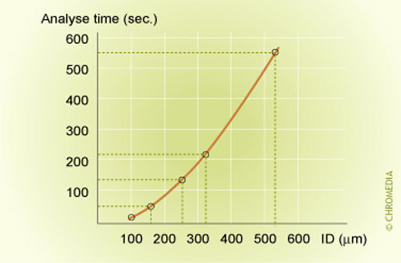 1)     Reduction of the characteristic diameter being the inside column diameter for open tubular columns and the size of particles for packed columns is the best approach.
The equilibrium between mobile and stationary phase is faster for narrow bore columns due to the relative distance for the molecules to get from the mobile to stationary phase. Analysis time can be reduced proportional to characteristic particle diameter dp2 and column diameter dc2 for respectively packed r capillary columns for p=1barg and linear proportional to dp or dc for p>>1barg.

2)     Also the film thickness is of some influence. In thin-film the Cs-term in the simplified Golay equation (Figure 13) can be neglected.(e.g. df=0.4µm)

3)     The influence of carrier gas type due to the diffusion coefficient and carrier gas viscosity is 60% worse for He compared to H2 (smaller molecule H2 compared to He). H2  is therefore the best choice. (for safety reasons He is often chosen in process analyses)

5)     Multiple capillary columns : 919 coated capillaries  ID40 um 1m length, high sample capacity, fast due to the 919 parallel capillary columns. e.g. aromatics up to
o-xylene in 0.8 minutes.
The van Deemter equation expresses the relation between the plate height (H) and the gas velocity through the column (u). 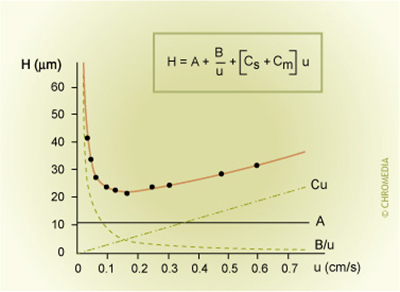 The terms A, B and C will influence the plate height and eventually the separation efficiency Nth. For narrow and medium bore columns in respect to wide bore or mega bore columns:

For capillary columns the A term in the van Deemter equation, representing the column packing flow pattern will disappear due to the absence of column particles. 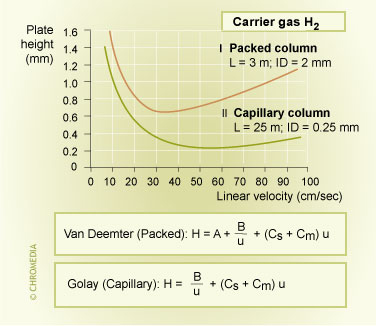 Ultra narrow bore columns with diameters < 100 µm are not advised, because they generate high pressure drops and have very limited loading capacity.

An alternative way of presenting the van Deemter equation as proposed by (9) is the time equivalent to a theoretical plate (TETP) as displayed in below figure. The curves for different particle size, or column diameter are displayed  in the figure and the required plate number in the shortest possible time can be obtained. 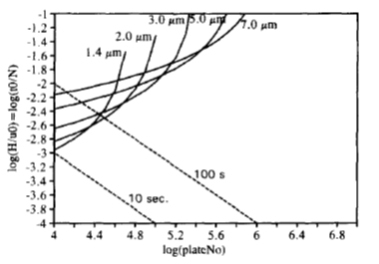 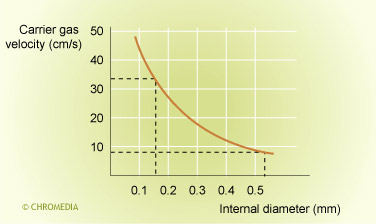 Figure 16: PLOT Columns application Areas
Porous polymers are prepared by the copolymerization of styrene and divinylbenzene or other related monomers. The silicon chip column consists of etched channels with a size of 0.3mmx550mm packed with carbon spheres of 1.3nm.

Other columns used by Varian as described in 3.3.6 and C2V as described in 3.3.9 consists of a non-polar CPSil5 liquid phase (df=5µm) and a CP-Volamine liquid phase (df=8µm),liquid phase 100% dimethylpolysiloxane. The CP-Volamine column (10) is a column coated with a thick film non-polar stationary phase optimized for the separation of volatile amines and NH3. Usage of a thick film (8µm) results in maximised shielding of activity of the column wall. Also the sample capacity will increase with the column’s liquid phase film thickness (ref. Table 3). 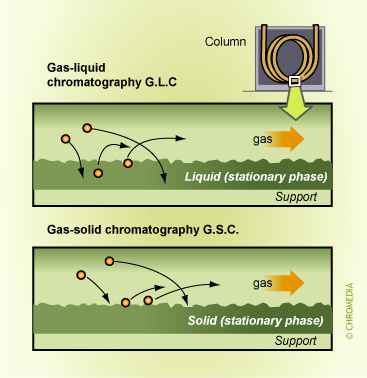 To minimize the contribution of the input band-width (variance) to total band-broadening, the injected sample plug has to be narrow in comparison to the total chromatographic band broadening. In case of faster analyses the residence time of the components in the column is reduced. This results in a reduced chromatographic zone widening (i.e. the peak widths σw are reduced). Injection hence becomes more critical. This is especially true for isothermal analyses. In temperature programmed separations zone focusing will occur in the column inlet.

The theoretical value for the contribution of a plug injection to band-broadening (isothermal column operation) is given by (11):

where w is the width of the injected plug. Extreme small injection band-widths (σi) are required for very fast analyses on short narrow bore columns are approximately 1-3 ms (11). For the narrow bore option for fast GC the injection band-width is critical. It is for this reason that the development of injection systems compatible for narrow bore GC has received considerable attention in literature. For narrow and medium bore columns, for the µGCs used in this paper, the injection time frame is between 10-100ms. In two of the µGCs described in this paper a chip injector was used. Decreasing the injector volume could result in discrimination in the injector due to differences in viscosity of the sample components in the injector .

The µTCD and the detection limit

The core of the TCD is a filament, a thin wire often made of tungsten, platinum or nickel. Since the resistance of this filament is dependent on its temperature, a change in temperature will result in a change in resistance. This change can be detected electronically. 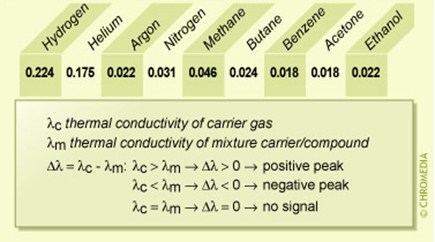 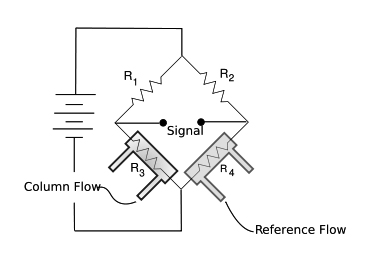 The µTCD is a solid state detector (SSD) it consist of 4 silicon micro machined air bridges (two each suspended in discrete parallel gas flow channels) coated with a metal filament, which, is heated. These are arranged in a wheatstone bridge configuration. Its volume is only 200nl. Its dynamic linear response spans 6 decades covering a concentration area from 1 ppmv to 100%v.

The µTCD’s concentration limit can exceed that of the Flame Ionisation Detector (FID). 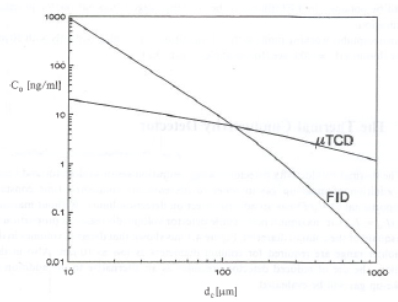 Figure 20: plot of minimum detectable concentration, Co, against column diameter dc , for n-C7 on a FID and µTCD (11)

The minimum detectable amount (Q0), i.e. the lowest quantity of solute that can be distinguished from the noise, is given by:

Where Rn is the detector noise, S the detector sensitivity, σt is the total band-width and Fd the total flow through the detector.  The minimum detectable amount is favoured by a reduction of the inner diameter (The minimum detectable amount is proportional to the column diameter, Leclercq and Cramers, 1998) and basically by any other method that results in faster analysis. This is caused by the decrease of σt when the analysis time is reduced. The minimum detectable concentration on the other hand however, is not always improved when methods for faster chromatography are implemented. The injection volume might have to be reduced to avoid an excessive contribution of the injection to the overall peak width resulting in higher detection limits. Whereas this effect is marginal for most of the options for faster analysis, the minimum detectable concentration decreases dramatically when working with columns with a reduced inner diameter. Narrow bore columns therefore are not suitable for trace analyses. Also detectors have to be very sensitive to detect the low quantities eluting from a narrow bore column. 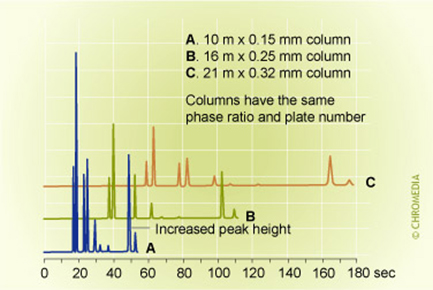 The time constant  of a detector (e.g. effects of resistance and capacitance in the detector electronics) will contribute to peak broadening and noise. Increasing  by digital filtering will reduce noise and will have a positive effect on the detection limit (11). The peak width and time constant of a detector must be matched. A relative too fast detector may introduce unwanted noise while a relative too slow detector could result in peak deformation. For narrow bore columns the time constant for a detector should be relative small (fast enough detector and electronics) in comparison to a detector for normal bore columns in order to follow the fast chromatography.