KeywordsChromatographers can order the complete pdfs of both the theory and applications on a CD by writing to GCGCbook@chromedia.org (Euro 100 all in) 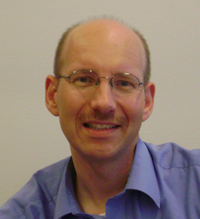 Gas chromatography is a mature technique. The above anecdote illustrates how it grew from a technique that was thought to be almost perfect to a technique that performs 100 times better and still is ‘only’ almost perfect….. How long will GC continue to develop? This question is difficult to answer. Probably it will continue to develop as long as there is a need to separate mixtures into more compounds and detect lower levels of the analytes. Is GC×GC a step to far? Is it more than we need? Clearly the answers to these questions are NO. GC×GC does significantly increase our ability to separate mixtures into more compounds and detect lower levels, but there are numerous situations where we still need an even better performance.

In its development GC has seen a number of huge revolutions, such as the introduction of the capillary column, the introduction of fused-silica and the invention of the flame-ionisation detector. Also the introduction of comprehensive GC×GC classifies as a revolutionary improvement. Next to these revolutionary inventions there have also been a huge number of small, incremental improvements. It is this combination of revolutionary innovations and the massive number of smaller improvements that eventually gave GC the unsurpassed peak capacity, sensitivity and reliability it has to date. It is interesting to mention already at this point that the author of the current contribution has witnessed all these innovations occurring! With some 50 years of experience in analytical chemistry, and chromatography in particular, there are not many innovations that did not happen in Dr. Jan Beens’ active research period.

Comprehensive GC×GC is basically an extension of heart-cut two-dimensional GC. However, whereas in heart-cut two-D GC only one or a few peaks are transferred to a second column, in comprehensive two-D GC all peaks are transferred to a second column for a further separation. A full explanation of how this can be done, what are the advantages of the method and when this newest technique should be used, can be found in Dr. Beens contribution. What is particularly interesting is to see that comprehensive GC×GC offers the same features that contributed to the success of all revolutionary improvements in GC: hugely increased peak capacity, improved sensitivity and better reliability and ruggedness. Additionally, however, GC×GC also offers one additional advantage: it improves the performance of GC in terms of selectivity. Normal GC can separate many peaks, but is not great in terms of selectivity. The key-factor determining the retention order is volatility, or boiling point. Factors like stationary phase- or compound polarity play just a minor role and their effects are very often completely overshadowed by the volatility effect. GC×GC effectively allows decoupling the volatility and polarity contributions to retention. In that way allowing to visualise small retention time differences as a result of different polarities on a background of hugely different volatilities. This makes GC×GC ideally suited for group-type separations. Indeed the technique has been introduced originally for group-type separation of mineral oil fractions. This also exactly is the reason why Dr. Beens, together with Dr. Jan Blomberg, entered the GC×GC area. Dr. Beens was working on the development of hyphenated systems for LC-GC group-type separations. When he became aware of the pioneering work of Prof. Phillips he immediately realised the power of GC×GC and included the technique in his scientific research.

Comprehensive GC×GC, as a stand-alone method, but certainly in combination with selective detectors or mass spectrometric detection is ideally suited for trace level analysis, for group-type separation as well as for profiling- and fingerprinting applications. Because of the massive amount of data and information generated it is nowadays also combined with chemometrics. This combination opens-up entirely new application areas for GC. Metabonomics and life-sciences applications, but also mineral oil analysis, are areas that will certainly benefit from this. Comprehensive GC×GC has now become accepted in numerous application areas. Armed with the knowledge and tips and tricks presented in the current contribution researchers trying to apply the technique are likely to become successful, probably after applying solutions proposed by Dr. Beens and described in detail here.

The broad, deep and long experience of Dr. Jan Beens together with his great teaching and explanation skills make him the ideal author for a contribution on GC×GC. Dr. Beens has many decades of experience in chromatography and has worked with several chromatographic techniques. I recommend the readers to make use of his experience. And I am sure most of them will respond enthusiastically to the solutions and ideas presented. Finally, GC×GC is a revolutionary development in GC. It is not a step too far, neither in terms of complexity nor in terms of over-resolving samples. With the knowledge provided by Dr. Beens in this contribution you will find it an easy technique to use and rewarding in what it gives you.